BLACK BEAUTY and other stories captured the imagination of the students at Pine Mountain — or, at least one student.

If this check-out card can be trusted to record that this book went home with Kitty for nearly 3 months, then it certainly captured this child’s imagination. Storytelling can act as a jump-start into the world of reading for many children — especially if the message leads to reading. If the book is checked-out nine times, this signals Kitty and Black Beauty were getting along!

Perhaps it’s an overstated and perhaps, an incorrect, association to make, but the children of Appalachian ancestry have a deep connection with storytelling through Medieval lyric. The folk-singer, the dancer, the tall-tale-teller, are not so unlike the English agrarians detailed in Black Beauty, by its author Anna Sewell, and by others.

Storytelling like Medieval lyric poetry gets to the heart of the emotive, meditative, reflective, and sensitive self with a speed and singularity that seems to be rarer in other forms of literature. But, to read a book to children it is also a twice-told tale — or more. There is the event, sometimes the writer, and then there is the teller. There is also the child listening to the event of storytelling and the adult calling that memory back after a lifetime of experience and knowledge. When the story connects with memory it holds fast. It is what T.S. Elliot described as “The trailing consequences of further days and ways.” What may have begun as a story of emotion can evolve into an idea and a passion if given enough support.

In Black Beauty, a story told through the eye and mind of a horse, children throughout the world have learned the profoundly important lesson of empathy. Ghost stories and stories about trials and tribulations, about the death of good people, the melancholy of isolation, all can be foundational in shaping an empathetic human. Pooh Bear, Peter Rabbit, the Velvet Rabbit, the Little Engine That Could, Wiley Coyote, and other animate and inanimate characters never quite leave the mind of the adult — and for good reason.

A story that appears and re-appears in the Pine Mountain community lore is the telling of the story of the animals at Christmas. The story goes that at 12:00 midnight on Christmas Eve the cattle and other animals go down on their knees to honor the Nativity. The story itself has many tellings but it never seems to get old or stale with the storytellers. “The Oxen,” a poem by Thomas Hardy is hardly Medieval, as it was written on Christmas Eve 1915, during WWI and two years following the founding of Pine Mountain Settlement. Hardy, an author from the Borderland between England and Scotland became famous for his novels and his poems of the region. One of his best-known poems is ‘The Oxen”. Hardy was not particularly religious, but he does show a deep sense of religious hope in the poem and that seems to have resonated with his followers.

Thomas Hardy was a favorite author at Pine Mountain, and this poem was most likely well known and well suited for reading — and for storytelling. Of interest is the translation of “barton” – a farm building and “coomb” – a small valley.

We pictured the meek mild creatures where
They dwelt in their strawy pen,
Nor did it occur to one of us there
To doubt they were kneeling then.

So fair a fancy few would weave
In those years! Yet I feel,
If someone said on Christmas Eve,
‘Come see the oxen kneel’

‘In the lonely barton by yonder coomb
Our childhood used to know’
I should go with him in the gloom,
Hoping it might be so.

To see read more about the origins of the story see: http://greatpoetryexplained.blogspot.com/2016/12/the-oxen-by-thomas-hardy.html

Katherine Pettit kept a large notebook she called her “Commonplace Book” in which she jotted down stories as she heard them from people in the mountains of Eastern Kentucky. In the notebook, she recorded notes on stories she heard, words that were unique to her ear, botanical rarities, snippets of “wisdom,” and other captured pieces of tales and conversations. The original handwritten notes that comprise the “Commonplace Book” are held by the University of Kentucky, but pieces and parts of Pettit’s collected stories have found their way into the letters and notes of those with whom she worked. For example, the “Story of Andy’s Gun,” the “Story of How Uncle William Stopped Drinking,” and more tales show up in so many places that they were clearly stories that were passed along through an oral tradition. All the stories had a purpose for Pettit and she used her powerful tool of storytelling as a kind of moral messaging and sometimes medicine for those around her. 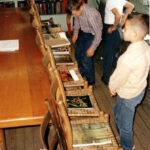 A walk through of selected books, magazines and pictures. 001a 091_LW_school_library_s_001a 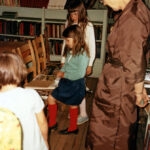 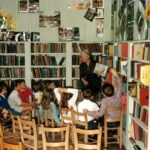 Mary Rogers in the storytelling corner in the Boy’s House Library. 001c _LW_school_library_s_001c 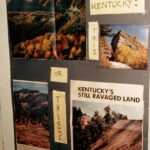 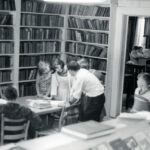 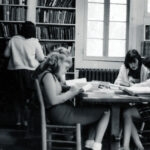 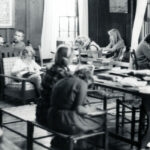 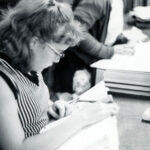 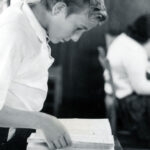 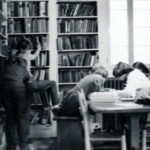 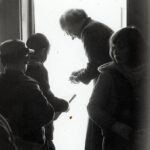 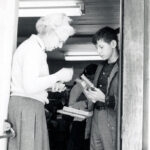 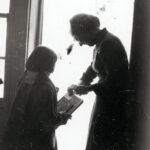 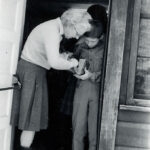 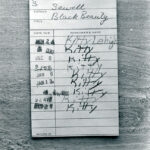 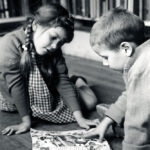 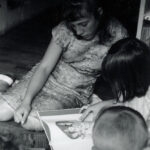 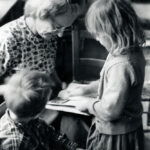 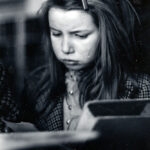 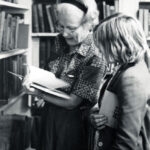 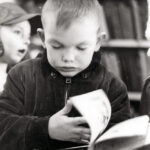 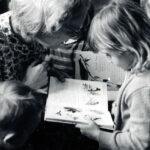 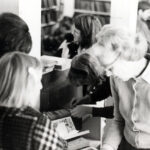 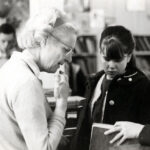 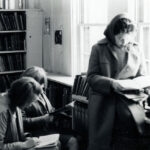 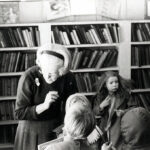 084 LWS LIFE AND WORK School Clubs and Handiwork I