Word was received of the death of former PMSS Director Glyn Morris, October 8, 1993.

The renovation of Big Log was completed. Contributions from the Kentucky Bicentennial Commission and Alpha Sigma Tau Sorority were noted on plaques.

Preston Lewis, former resident at Pine Mountain while teaching in a program for emotionally disturbed children, now employed by the State Department of Education, Frankfort, KY, and Sue Parrott, community resident and great-granddaughter of William Creech were elected to the PMSS Board of Trustees.

There was a nurse practitioner from Christian Health Care, Hyden, at the Clinic one day a week, with a doctor available periodically.

A water system from Pineville is being extended as far as the PMSS community.

A recital, in honor of Director Emeritus Burton Rogers, was presented on the Chapel organ Sunday, April 24, by Berea organist John Courter. Burton Rogers has since moved from PMSS to Lexington, KY.

The Trustees approved a position of Community Worker to facilitate activities of and for the immediate PMSS community. The Director was instructed to locate such a person. 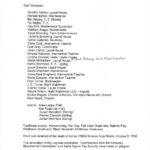 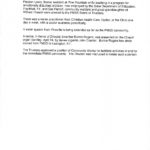