Page 3
EDITORIAL – TO PRESIDENT HUTCHINS – Retiring September 1920 from the position of President of Berea College.
IN APPRECIATION – Re-organization of Library.

THE SECOND COMMANDMENT
Mr. [John] Spelman compares a student’s artwork to the words of the Second Commandment, “…that he hath not made to himself the likeness of anything….”

Page 6
THE LEGEND OF THE DOGWOOD TREE from the Knoxville News Sentinel.

Page 7
MISS ALI GUGLIELMONE VISITS PINE MOUNTAIN – Miss Guglielmone, a friend of Mr. Young’s, tells about her country, Germany, and her opinion of its politics.

PARTY FOR “PAP” YOUNG – Mr. [John Howard] Young, houseparent, is honored on his birthday.
UP AND DOWN – Comparing hair styling by Mary Mitchel and Wayne Browning.
WEATHER FORECAST 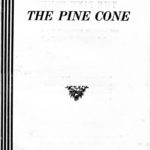 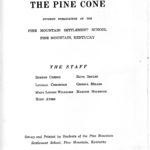 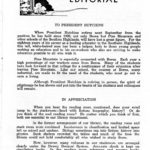 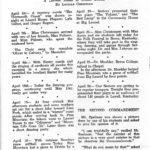 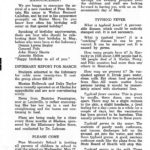 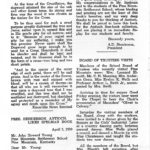 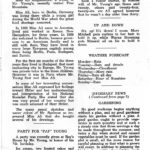 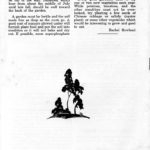