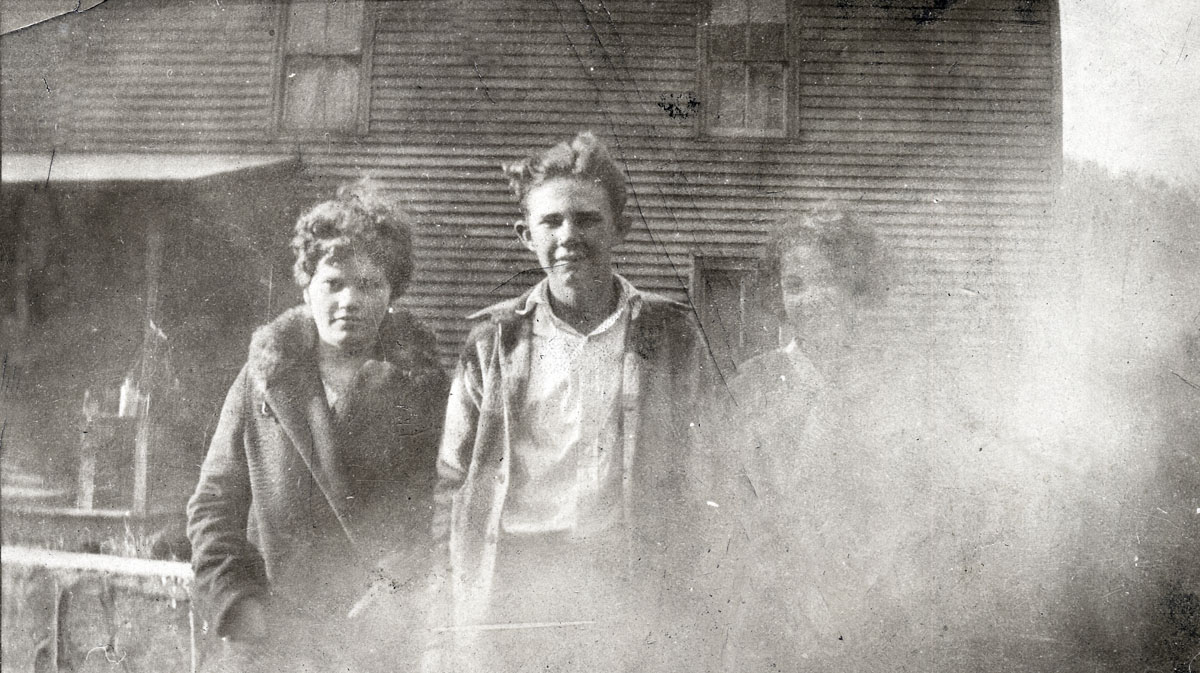 Egre Manning, a Pine Mountain Settlement School student from the coal camps of Harlan County, Kentucky, showed unusual potential. He found a strong supporter in Director Glyn Morris who gave the young and promising student his repeated attention and encouragement and worked diligently to find a place for Egre to continue his studies following his graduation from Pine Mountain Settlement School.

Glyn Morris was an advocate for Egre Manning following his graduation from Pine Mountain Settlement School in 1932. He had just served a short stint as the Assistant Farmer at the School and caught the attention of Morris for his good work. Morris’s correspondence, seeking to place Manning in college, speaks highly of Manning’s work and academic record at Pine Mountain and also to Morris’s advocacy for students.

From the letter asking for Manning’s admission to Tusculum College in Greeneville, Tennessee, to the later support he gave the former student in his 1932-1933 enrollment in the Nashville Agricultural Normal School in Madison, Tennessee, Morris advocated for his success.

Manning did well at the Nashville School but his work there was interrupted by a trip to Denmark to study agriculture in a Danish Folk School. This adventure was life-changing and led Egre into the field of sociology. Here, again, Morris supported his efforts and interests.

… [Manning] became interested in Danish Farming and the Folk schools, and having an opportunity to study this first hand he went to Denmark in January of this year [1934], and is at the present time concluding his work there. Mr. Manning will probably return to the United States before the fifteenth of September, and I am wondering if it would be possible for him to enter the University of Kentucky as a special student, not taking a regular course, and not as a candidate for a degree but studying Sociology and some Agriculture, doing practical work in your Agriculture department, and perhaps taking some kindred courses which the head of that department might suggest. While he would like to take the four-year course, Mr. Manning feels that he will not be financially able to do that, inasmuch as he has no outside support, and has earned his entire way through high school and college, for himself. He is also eager to come back to the mountains as soon as possible for Agriculture work.

This man has a deep regard for the problems of the mountains and through his efforts both as a student and worker here has gained our admiration. We are planning that within a year or so if possible, he is to take over a vacancy on our Farm staff. Any consideration which you may give will be deeply appreciated both by him and by us. If it is possible may I hear from you by Saturday?

Egre Manning was born on February 19, 1913. Ultimately, Egre returned to his hometown. He died on December 16, 1997, at age 84 while residing in Loyall in Harlan County, Kentucky. He was married to Lillian Worley Manning (1914-2008). They had two children: a daughter, Egretta Manning Wells and a son, Dr. Renfro Clark Manning.

AFTER RETRIEVAL AND ADDITION OF SCHOOL RECORD integrate all correspondence for Egre …. I have to go to PMSS to retrieve the student record. hhw.]