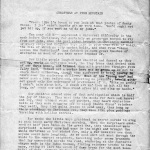 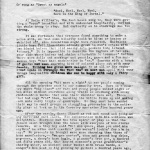 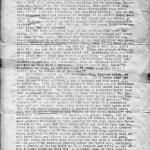 “‘Pears like I’m bound to run look at that picter of Santy Claus. I jus’ cain’t hardly git my work done. You’d ought not put hit up, if you want me to do my jobs.”

Ten year old M — expressed a universal difficulty in the week before Christmas, for certainly we grown-ups wanted to fly from our jobs, when the post rider brought in Christmas bundles of every shape and neighbor boys came in with arms full of holly, the likes of which no city market holds, and when from “clean across the Cumberland” they fetched us such a great bunches of mistletoe as most of you have never dreamed of.

Our little people laughed and chuckled and danced as they set up, early in Christmas week, the tiny trees that decked each of our three homes, and trimmed them with pretties straight from fairy land. Indeed not a worker here was so grown up as not to share their enthusiasm, though some confessed to being nearly in tears over the wondering children. Most of the “young ‘uns” had never seen a tree before and, expecting no presents, beheld without greed only the undreamed-of prettiness of it. “Hits so pretty I cain’t talk about hit. I could sit an’ look at hit all day long, an’ every now and then stand afore hit and clap my hands.”

Our children missed none of that anticipation which is half the joy of things. They went into the woods for fern and laurel and ivy, they trimmed rooms and porches, they heard mysterious bells as they were dropping off to sleep (Santa Claus’ reindeer they said), they tied galax leaves to send away, they hung up their stockings on Christmas eve, they were like plum puddings bursting with holiday secrets.

For weeks the little boys practiced in secret carols to sing at each house early Christmas morning. When the surprisers awakened at half past three on the great day, they themselves were surprised! A heavy snow had come in the night and brought the white Christmas we had wished for, only a far lovelier one that anyone could have imagined. As we went east and west through the woods to the nearest neighbors tunneling under snowy branches that lay unwontedly across the road, wondering at the fantastic snow, seeing at last the crack of dawn break for the most beautiful of days, perhaps we wassailers had the best of Christmas. Withered age could not have been quieter than this troop of little boys stealing up to a door so that not a creaking footfall in the snow should awake the sleeping families, but they might hear even before “A Christmas Gift” a Christmas song. …….

Here we come a wassailing
Among the leaves so green!
Love and joy come to you
And to your wassail true
And God bless you and send you a Happy New Year.

Or, sung as “Sweet as angels”:

At Uncle William‘s, the last house sung to, they were getting a “soon” breakfast and with undaunted hospitality, invited the whole troop to stay. But curiosity as to stockings was too strong. 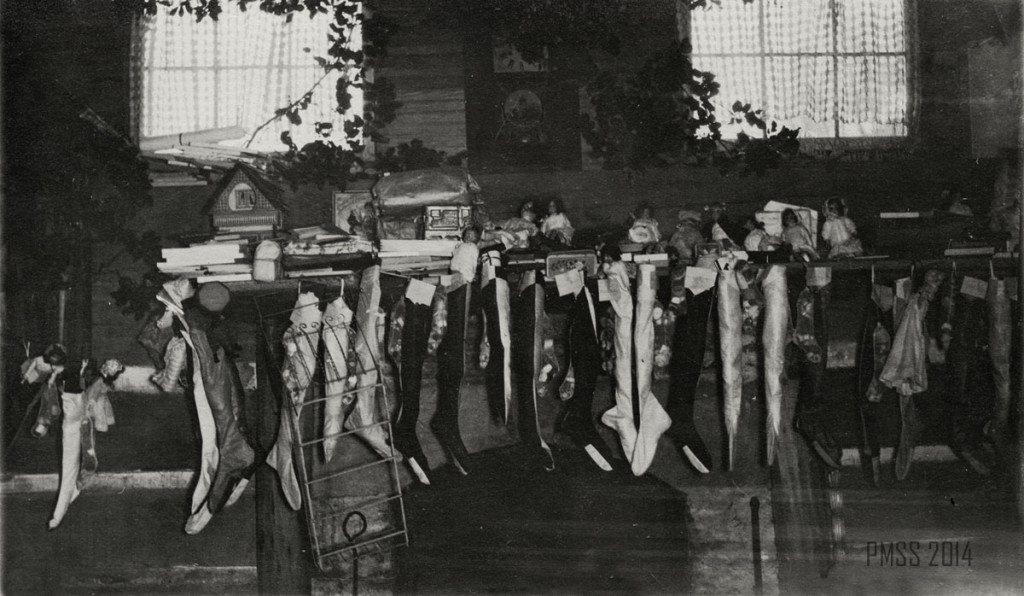 “Poppets’ and stockings hung for children at Old Log [?] christmas_987

It was fortunate that everyone found something to make a noise with, so that some hilarity could be blown or beaten or whistled off, else causalities might have resulted. Knifeless little boys felt themselves already grown to man’s estate with two bladed knives that slid easily into pockets long labeled “vacant.” It is impossible to describe the rapture of two six-year-olds whose knives had chains attachable to trousers’ buttons. There were dolls and workbags and pencils, games and a few marvelous toys “that have machineries in ’em.” Someone with a touch of genius had sent charming bits of colored glass cut with many facets. Nothing has give more delight to us all or has emphasized again so strongly the fact that we must not spoil with many things imaginative children who can be happy with only a fairy gift.

All the morning “hit were a sight” to see people coming through the unbroken snow to our community tree. Ours is a country where “big times” are rare and young people walked eight or ten miles without overshoes along trails so overhung with snowy rhododendron bushes that even their shoulder[s] were wet. 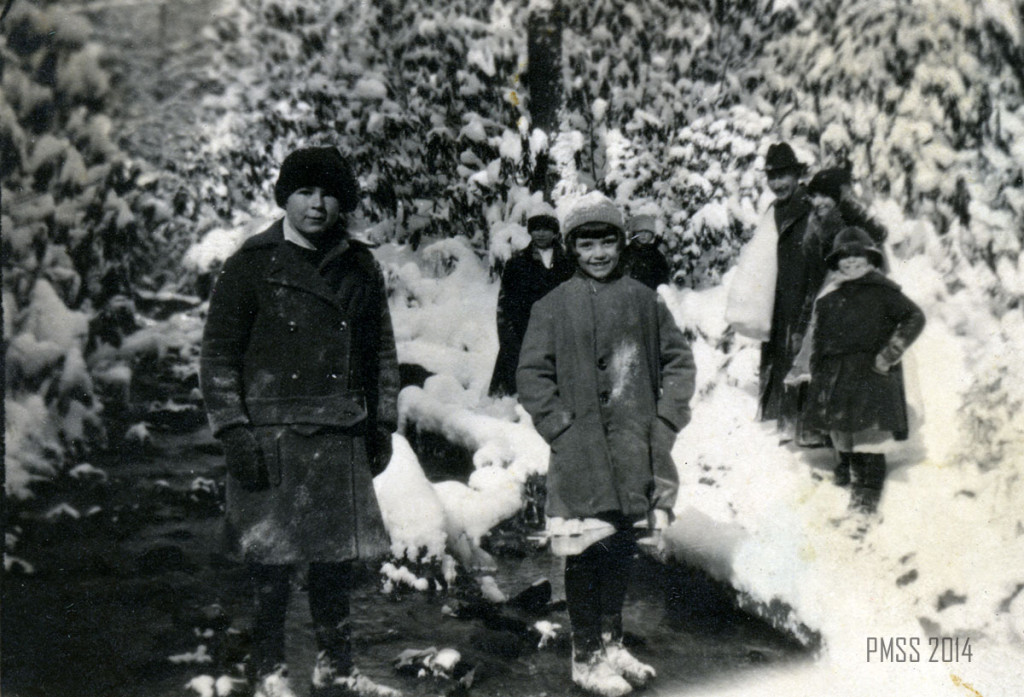 Those that had nags “rid” them, bundling the little folks up and making each mule carry triple or quadruple. So they must have wended their way in small groups or straggling procession to the nativity plays at York or to the Coventry mysteries five hundred years ago.

After the carols, Santa Claus! As red and round and jollly as any Christmas card saint. 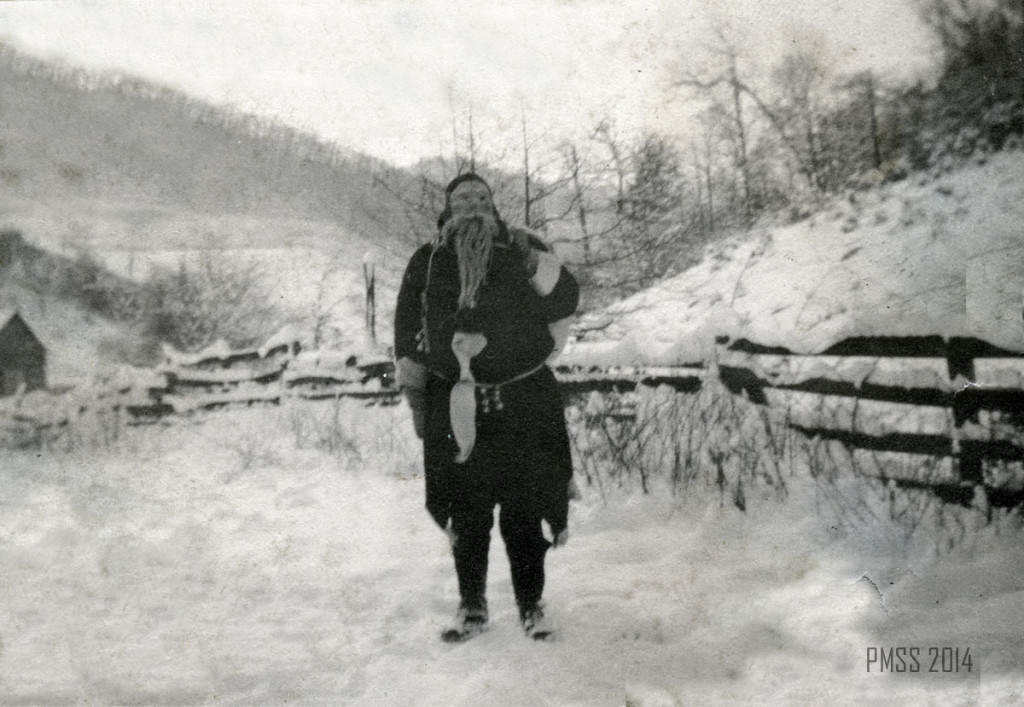 His conversation with his audience was delightful. Everyone had the true spirit of play so that the jocund saint brought down the house with every one of his clever remarks. As a tiny boy said “Hit was quare, when you axed him anythin’ he allus said somethin’ you weren’t lookin’ fer him to say.” No presents he brought were more charming than those of home manufacture, — “waspers nestes”, coon and ground hog skins, pop-corn, a sheep’s horn bugle, a pioneer’s iron pot, a hundred and fifty years old, that heated someone’s great grandfather’s shaving water, and ancient cedar bucket with brass bands, a sanger’s hoe used to dig ginsing (sic) by gathers a hundred years ago, a hand-made shovel, — what brought-on gifts could compare with these! The most dramatic incident of the whole day was the presentation to Miss Pettit of an old flint-lock rifle with a unique Christmas card, [See:  “Andy’s Gun“]  a total abstinence pledge, signed by one of the young fellows who had been wrecking his life with moonshine….

…It was a touching climax to her weeks of friendly interest in the boy.

In spite of the fact that much whiskey has been made hereabouts this fall there was little drinking and no shooting. Everybody was “nice,” so the afternoon frolic, when girls from away yon side of the mountain ran sets with sweethearts from miles away in the opposite direction was charming revelry. One of the boys proposed that all pistols be brought to us while games were in progress lest one should fall on the floor and accidentally go off. Four pistols were promptly handed over and conscientiously returned at the end of the evening. Four of our young Lochinvars may ride alone but not unarmed!

All the week following some of the workers rode over the hills, their saddle pockets full of pretties for people who could not come to the tree. Whether they took most pleasure to old women gladdened by a shoulder shawl or to tiny children who never before owned a toy we cannot tell. Once, away at the head of the lonesomest hollow a little boy who was given a base ball asked what “hit was and what hit were for.” There are places where the National League has never been heard of! Sometimes they arrived at a place where there had been a hog-killing — almost as big a time as election with us and where old-fashioned rejoicing over tenderloin and ham was unashamed. Once on the head waters of Cutshin, as they held a Christmas tree at which they asked the neighbors to sing, an old man said, “I COULD sing for ye if I didn’t have to holler so at my steer.”

Our revels closed on old Christmas Day, January sixth, as they properly should, with a tree in the school house near the home of our oldest settler, a man a hundred and six years old [John Shell]. We heard much talk of the old people’s idea that on old Christmas night the alders would bloom out and the cattle would kneel down to worship our Lord. The tree itself was a wonderful holly bush that needed no trimming, it was so thick with berries. The light of the children over dolls that would go to sleep and tops that sang, the teacher’s pleasure over his box of pencils, “the cleverness” of all the people at the tree made it a memorable day; and yet the most interesting hour in it was that spent with the old man whose house, built a hundred and twenty-five years ago, was as picturesque as the “House of the Seven Gables.” Its hand-made bedsteads, its old wheels, its quaint lamps, its remarkable contrivances to take the place of modern tools, are the most ancient survivals in this country of the days when men threw venison to the dogs and shot bears often and feared lest the Indians might steal their women. Old Uncle John, who at a hundred and six can compete with the young men at shooting squirrels, whose hand-made hickory brooms which we found him making when we got there, beat any others in the country, who owns five guns, and who every Christmas does honor to the day with a salute from an old musket he acquired shortly after the Civil War, certainly has a chance of living until he is a hundred and fifty and one of his friends hopes he will do! A neighbor came to this year’s tree wearing on her hat tinsel that had decked last year’s. 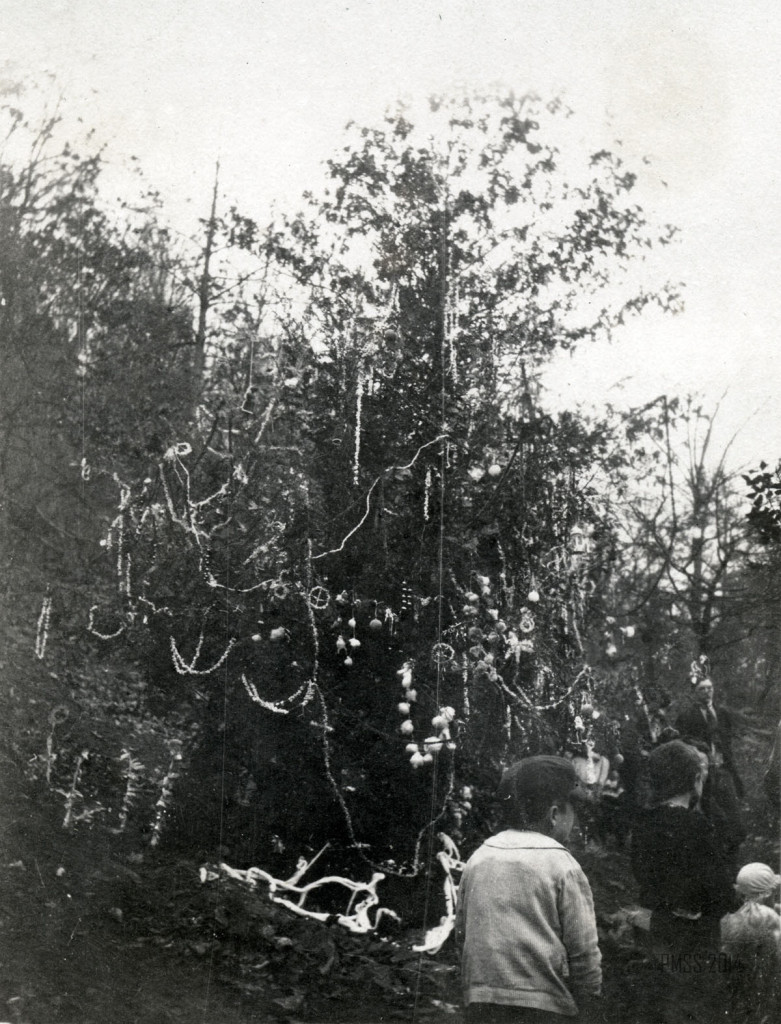 If our Christmas joys seem simple to you pray remember that some of last year’s cheer — a dearly loved tinsel — was saved through three hundred and sixty-five days on Mary’s hat, and wish us kindly that this year’s joy may last as well.