This story in Margaret Motter‘s handwriting appears to be a preliminary draft that was left unfinished. Brief as it is, Miss Motter records a number of concerns expressed by a member of the local community. 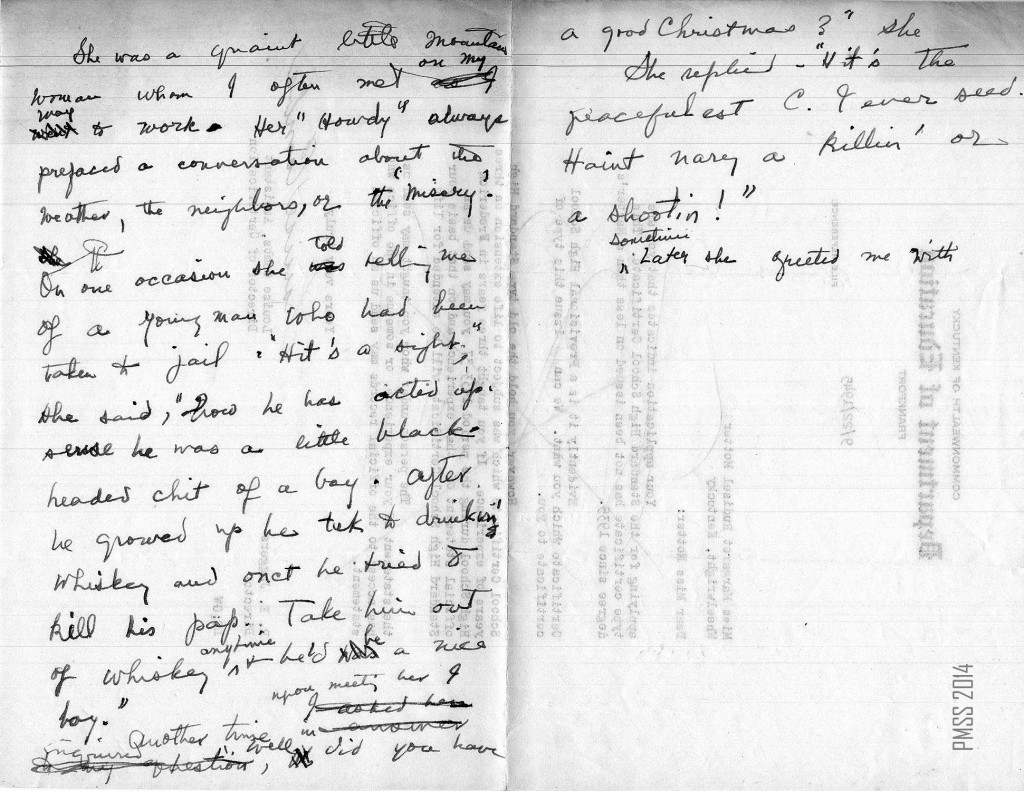 She was a quaint little mountain woman whom I often met on my way to work. Her “Howdy” always prefaced a conversation about the weather, the neighbors, or the ‘misery’.

On one occasion she told me of a young man who had been taken to jail. “Hit’s a sight,” she said, “how he has acted up, since he was a little black-headed chit of a boy. After he growed up he took to drinkin’ whiskey and onct he tried to kill his pap. Take him out of whiskey anytime and he’d be a nice boy.”

Another time upon meeting her I inquired, “Well, did you have a good Christmas?” She replied, “Hit’s the peacefulest C. [Christmas] I ever seed. Haint nary a killin’ or a shootin’!”

Sometime later she greeted me with  [story ends abruptly]