Members of the Jackson Family lived in the community of Pine Mountain since very early years. Several were among the student body and workers at Pine Mountain Settlement School.

As part of preparing for displays for the 1949 Community Fair Day, Ella Wilder and two other PMSS co-workers gathered unique “antiques” from members of the community. One of the stops was Chester Jackson’s house “at the mouth of the creek.” 1949 COMMUNITY FAIR DAY.

At the 1979 Homecoming, Chester Jackson was among those remembered at a Chapel service “who have gone from us, but forever left their imprint on our lives.” 1970s ALUMNI RELATIONS.

A file for Chisler[?] Jackson and Marsh Browning under “Mine contracts and Leases, 1944-1946,” is stored in Series 03: ARTICLES OF INCORPORATION…CONTRACTS….

Coleen Jackson from Little Laurel, was the winner of the spelling match among local elementary schools at the 1948 COMMUNITY FAIR DAY.

Alice Cobb writes about Lige Jackson, the Ballad Singer, in  ALICE COBB STORIES “March of Time in Greasy Valley 1936.” Alice Cobb submits a story about Lige in NOTES – 1935, written by a community resident.

Lowell Jackson was among those present at a meeting of the Advisory Council, according to the 1986 Homecoming Annual Report. 1986 ALUMNI RELATIONS.

Aunt Molly Jackson, “formerly of Clay County, Kentucky, and a sort of walking encyclopedia of the oral traditions of her people, recorded her singing biography for the Library of Congress Archive on some sixty-one records …There are representatives of every type of tune sung in the mountains — English ballads, feud ballads, banjo tunes, fiddle tunes, sacred tunes, love songs, etc., with an exhaustive discussion of each type by Aunt Molly, who can tell stories as well as she can sing. The John Lomax Southern States Collection, 1934-35, holds one disc containing songs sung by Aunt Molly, recorded in Wilton, Connecticut, March 1935.” ALAN AND ELIZABETH LOMAX.

Miss Jackson is described as “caring for her two little girls [at Grace Nettleton Home, Harrogate, TN] since these three years. She continues to be so grateful for her chance to visit them….” STAPLETON REPORT – November 1932 “It is such a nice day…Coyle Branch….”

In a letter to her mother, dated May 4, 1929, Harriet Crutchfield mentions work on coverlids by Mrs. Jackson and others. HARRIET CRUTCHFIELD JOURNAL IV TRANSCRIBED

In a report about Fireside Industries, Evelyn K. Wells tells about Mrs. Ophia Jackson learning to weave in order to support her 3 children after losing her husband. Ophia’s weavings are listed as 11 blankets and 3 coverlets and pieces. WELLS RECORD 13 PMSS Fireside Industries 1913-1928.

A file for the Cardwell-Jackson wedding is included in the 1962-1964 General files, Box 9. GUIDE TO BURTON ROGERS FILES. 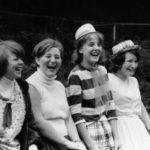 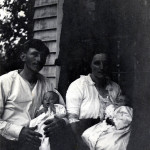 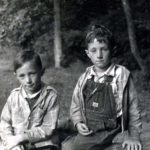 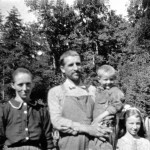 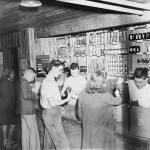