Here, Alice Cobb writes to members of the Delta Sigma Pi regarding the loss by fire of an important building on the Pine Mountain Settlement School campus. Delta Sigma Pi is a national men’s fraternity founded in 1899 at the College of the City of New York. It is one of many fraternities and sororities that supported and continue to support Pine Mountain Settlement School. Today, Delta Sigma has 109 active chapters in the United States and over 120,000 initiates into Delta Sigma Pi Fraternity as well as 102,000 living alumni and more than 6,000 undergraduates. The organization was a contributor to the construction of the destroyed building and Alice Cobb, in this letter, nudges them to consider contributions toward the construction of another boys’ industrial arts building.

The lost building, called simply Boys Industrial, was the design of Mary Rockwell Hook, one of the first women architects in the U.S. and the primary architect of most of the School’s site plan and buildings. It was a cantilevered construction, quite unique for the time. It was the center of training in industrial arts at the School during the Boarding School years and was used mainly by the boys on the campus. It offered a science laboratory, as well as automobile repair, woodworking and other mechanical and science-centered classes. Cobb’s efforts at fundraising and that of others eventually resulted in monies for the construction of the new Draper Industrial Arts building. That building became a major instructional edifice for the campus and included expanded instructional space. Today, the building is used mainly as a center for the Environmental Education programs of the School.

This writing sample is one of many fundraising letters that Alice Cobb crafted for the School. It is quite different from her personal reflections and stories but represents the bulk of her writing at the School. She was very successful in her fundraising efforts for the School and spent much of her time traveling to various cities speaking to organizations such as Delta Sigma and other philanthropies. 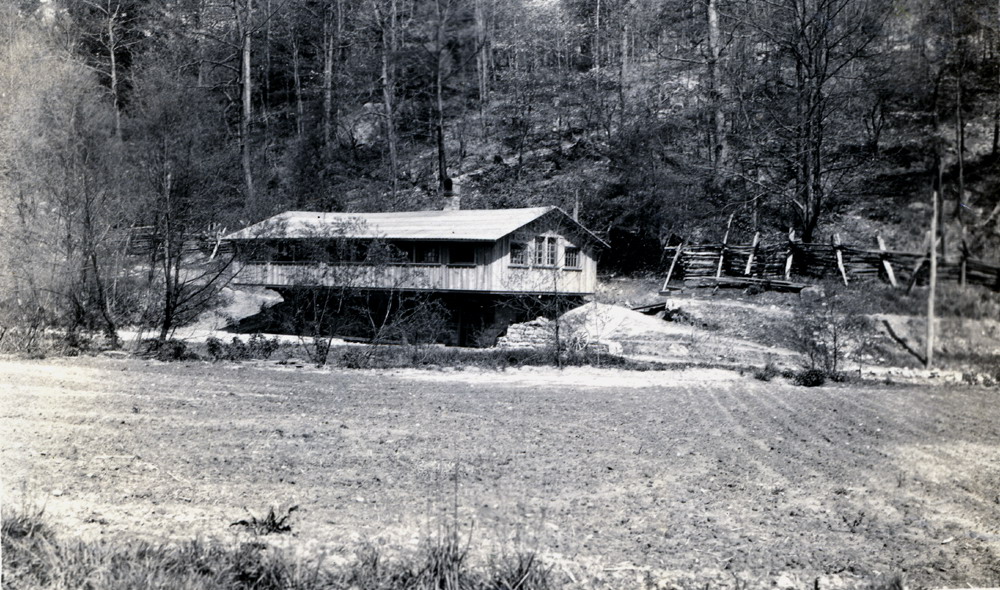 To the Members of Delta Sigma:

It has been my great pleasure and privilege during the past few weeks, to visit three Delta Sigma groups, in Davenport, Chicago, and Muncie [Indiana]. I should like to open this letter by sending again, through the Delta Sigmion, my thanks to the different chapters, and to the officers, for their kindness and hospitality to me. It seemed that everywhere I found the same fine Delta Sigma spirit that we have learned to look for in groups and individuals of the sorority. And I was thrilled to be with you, as well as to tell the story again of Pine Mountain. As I wrote Mrs. Peterson recently, we here at the school do feel that the fine and loyal support of Delta Sigma is an important part of the backbone of our whole system, and certainly is an inspiration to every one of us.

You have already heard, probably, about the disaster at Christmas time, when our Boys Industrial Building was completely destroyed by fire. All the woodworking equipment, as well as many finished pieces of furniture, was destroyed, and the school truck parked down below was burned, also. Mr. [Glyn] Morris is now working on the plans for a new building which we hope to be able to build within some reasonable time. Ths will be located on the old site, but will be considerably larger, and will house the science departments as well as mechanics and woodworking. Of course, we are very badly crippled without our building and financially crushed by the loss, which amounted, after the insurance was collected to an amount approaching two thousand dollars. And too, as troubles never come singly, so the holiday cold wave brought us a broken furnace and burst pipes all over the grounds. The furnace loss, which amounted to about $200.00, is being helped somewhat by the children of the school and the workers, who are having two “saving” meals each week. By eating rice and a very cheap dessert on one night, and cornmeal mush without a dessert or another night, we save a little, and this little is added to the furnace fund.

The fire happened at one o’clock on the morning of December 22nd. Most of the students had left for the Christmas holidays, and only about fifteen girls and boys and a few workers remained on the grounds. Fires were being kept in all the houses to prevent the pipes from freezing, and the nightwatchman was going from house to house to check them. This fire must have burst out somehow just after he left the Boys building. We were awakened by three pistol shots (shots at night are a signal of fire) and by the time the boys came running down the hill from the Farm House, the whole valley was ablaze. Of course, there was no hope whatever of saving the building, and we turned our attention to making safe the other houses nearby since there was a strong wind blowing, and treetops were catching fire on the hill above the building. Fortunately, the wind died down, and the farm buildings, which are directly above, were unharmed.

There were many fortunate aspects — the chief of these being, of course, that most of the children were gone, so that there was no hysteria, and no lives were endangered. But it has been a sad time for us. Our mechanic’s department had to be given up entirely, and the instructor went home soon after Christmas. The woodworking department is being carried on now in a makeshift shop in the basement of one of the houses, with scarcely any equipment.

As I said, the new plans are now taking form. The “pool room” [dressing room for the nearby outdoor swimming pool] of Delta Sigma is to be one of the entrances to the new building and will be the center of the science laboratory work. [This plan was abandoned.] It will be something like a conservatory, we think — but I can give you more detailed information about this when I write again. I hope some of you will come down and see the work begin, as we hope it will, this summer.