The invitation to participate in the Seventh Annual National Folk Festival in Washington, D.C. in 1940 had to be put on hold when Laurel House I burned to the ground in 1939.

When Laurel House I, the central facility for the School, burned, it disrupted Pine Mountain Settlement in many ways. One major disruption and disappointment was a failure to finalize plans to attend the National Folk Festival in Washington, D.C. Even the repeated letters and assistance from the National Director of the Festival were not sufficient to work through all obstacles and complications brought on by the loss of the School’s main building.

“The folklore of a land constitutes the unobliterated tracks of both individuals and nationalities that have crossed and dwelt on that land.”

This noble objective described in the Foreword of the Guide by Agnes E. Meyer, Chair of the Washington Folk Festival Association, has seen mixed criticism through the years and is again under scrutiny as the nation re-evaluates its culture and of heritage. But, in 1940, Meyer pushed forward two main groups of focus: the “earliest period of our history, as well as later migrations of Europeans to our once hospitable shores,” a seemingly balanced introduction to the festival’s intent.

With the rise of multiculturalism in the 1980s, many scholars pushed back on the perceived narrow list of contributors to the Nation’s cultural heritage. They pointed out the lack of a variety of non-European immigrants: African Americans, Asians, as well as our Mexican and Canadian neighbors. A close read of the Seventh Annual Folk Festival Association program shines a light on the struggle the Association experienced as it attempted to open the Festival to traditionalists as well as to adopt a more inclusive and growing list of what “heritage” and “culture” should look like in the so-called “folk arts.”

Remarkably, the Seventh Annual program seems well aware of the problems of defining “heritage” and “culture” and “survival” and “revival” and its authors go to some length to describe the guidelines for the participants in the festival. The program captures the essence of both the national appetite for folk culture as well as its evolving rationale of what constitutes basic folk culture within a community, stating

The programs for the festivals should include survivals or genuine revivals of folk songs, dramas, music, dances, legends, tales, riddles, superstitions and proverbs, both those of Old World origin and those that have sprung up from our soil. Folk songs, music, dances and legends are usually of unknown origin…. Leaders should make an effort to distinguish the genuine folk traditions, and use only those on festival programs. The persons who know the expressions traditionally in your community are the best guides…

Hosted in Washington, D.C., and endorsed by President and Mrs. Roosevelt, the Seventh Annual Festival moved forward by acknowledging that the usual focus on “survivals” should now give way to more emphasis on “revivals” where cultural expressions were seen to be dying out. It is within this context that Pine Mountain entered into a lengthy correspondence with Sarah Gertrude Knott, the Founder and the National Director of the Festival. See DANCE National Folk Festival Correspondence 1938-1940. Though the correspondence does not directly address the cultural expressions currently in use, it positions the debate in the succeeding years.

The Seventh Annual Folk Festival Guide and the Pine Mountain correspondence with Knott also provide a rich historical window into the changes taking place in the country during the war years and the growing challenge presented by large migrations of Europeans and other nationalities caught up in the dislocation prompted by WWII. This displacement of peoples put many cultures in vulnerable positions and overlapped with the increasing awareness of a need for social services such as those highlighted by the Settlement Movement.

It is noteworthy, that the Seventh Annual Folk Festival Guide closes with a quote from Franklin Delano Roosevelt in a letter to Paul Green, President of the National Folk Festival, and written in 1940. He remarks on the importance of the folk arts to the nation using a “weaving” analogy:

“We in the United States, are amazingly rich in the elements from which to weave a culture. We have the best of man’s past on which to draw, brought to us by our native folk and folk from all parts of the world. In binding these elements into a national fabric of beauty and strength, let us keep the original fibers so intact that the fineness of each will show in the complete handiwork.”

This small but important booklet was found within the Director’s (Glyn Morris) correspondence, in SIA Box 1 Folder 1-60 National Folk Festival 1938-40. 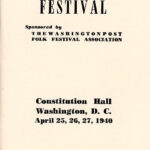 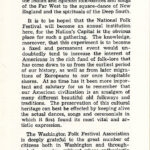 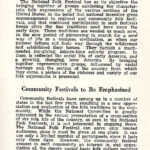 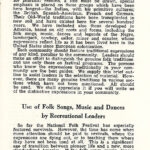 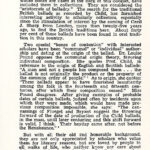 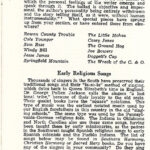 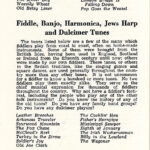 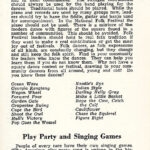 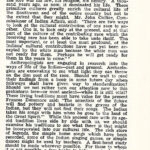 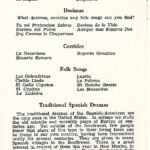 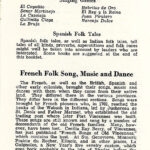 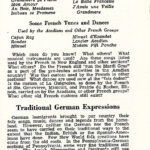 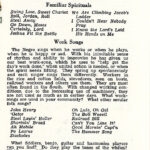 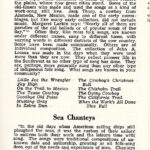 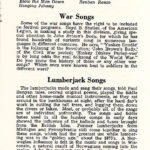 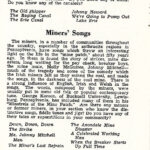 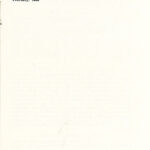 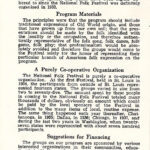 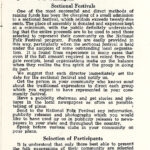 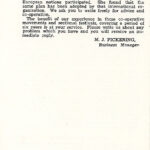 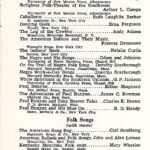 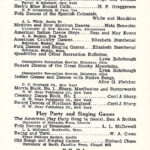 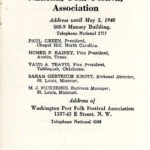 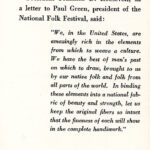 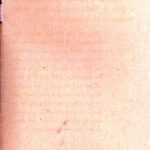