The presentation consisted of PMSS folk dancers, the current queen of the ninth Kentucky Mountain Laurel Festival, Jeanne Barker, and 16 prospective queens. It began with a buffet supper for the college representatives and their escorts; then attended the dancing and a concert by Transylvania College’s symphony orchestra in the auditorium.

Gov. A. B. Chandler reviewed the morning parade of nine bands and many floats. He will crown the queen in a natural amphitheater at the Pine Mountain State Park. An audience of ten thousand is expected. Next year’s queen will be selected by judges from the 16 college girls chosen by their classmates.

Tomorrow night: A ballet by the Marjorie Hall dancers, a concert by the Transylvania Symphony Orchestra, and the formal entrance of the new queen; Miss Jeanne Ellis will sing.

Highlights were the sword dance and the Kentucky running set.

[02 1939 riverdale] A list of quotes from attendees and newspaper reporters praising the dance festival at River Dale School and the Rye Country Day School.

[02 1940 Berea] “THIRD FOLK DANCE SCHOOL – We announce with pleasure the third annual Folk Dance School sponsored by the Conference of Southern Mountain Workers to be held on the Berea College campus, December 27, 1940, to January 5, 1941. Miss May Gadd, Director of the Country Dance Society and a member of the Recreational Advisory Committee of the Conference, will again be in charge of the instruction. She will be assisted by Frank H. Smith, Recreational Director of the Conference, who will be responsible for the organization of the School.” Also described: Program, Equipment, Expenses and Accommodations, Registration.

[05 1940 Berea] January 20, 1941. To Glyn [Morris] from Frank H. Smith, Recreation Director on letterhead for Conference of Southern Mountain Workers, Berea College, who reports that Miss Gadd suggested substituting the dance, “Rodney,” for “Rigs O’Marlow” for the festival, “a more suitable dance for girls.”

[02 1940 Laurel] “Festival Committee”: A page from the program that lists the names of the members and their responsibilities. Ends with a note that the festival is a non-profit corporation.

[03 1940 Laurel] A page from the program that lists the names of the chairman and members for each Kentucky town: Corbin, Harlan, Middlesboro, Pineville, Somerset, Williamsburg. Also, a list of “Laurel Cove Hostesses.”

[04 1940 Laurel] A page from the program titled, “Program Theme — My Old Kentucky Home” and listing the agenda for each day from May 23 through 25. Ends with a paragraph titled “History Of The Festival.”

[05 1940 Laurel] A page from the program with lists of participants in the “Pageant of Coronation,” “Miniature Court,” and “Queen’s Court” (Barbourville and Bell High).

[06 1940 Laurel] A page from the program titled “Representatives – 1940,” which lists the names, schools and home towns. Also, a list of members of the “Festival Association.”

[07 1940 Laurel] A page from the program titled, “Tours Of The Cumberlands” suggesting sites to visit and activities while in the Cumberlands. Also, a list of costs for “Festival Admissions.”

[09 1940 Laurel] May 2, 1940. Carbon copy of typewritten letter to Mr. Frank H. Smith, Berea College, from [unsigned, likely Morris], who agrees to let Frank have Oranges and Lemons and Hunsdon House for his program.

[10 1940 Laurel] May 5, 1940. Handwritten letter to Glyn [Morris] from Frank [H. Smith], Berea College, Berea, Ky, who plans to use “Gisburn[?] Processional, carrying laurel branches” as entry music. “Oranges & Lemons I will reserve as a possible illustration of the similarity between English country and American quadrilles.”

[12 1939-41] May 13, 1940. Typewritten letter to Glyn Morris from Mr. E.H. Mould on letterhead for “Kentucky Mountain Laurel Festival, Pineville, Kentucky.” Encloses final programs for the Laurel Festival; provides date and time for the dances; asks for any articles on the dances for publicity.

[13 1939-41] May 17, 1940. Carbon copy of a typewritten letter to Mould from [unsigned, apparently Morris], thanking him for his May 13th letter and describing preparations for the dance. The girls are practicing and making their dresses; asked if he would “bear the expenses of these costumes. The material is being purchased from Sear’s Roebuck and will not cost very much.” Morris doesn’t have publicity material but writes that “the group is going to do several new ‘old’ dances which have not been done publicly before in this part of the country, and that we are also planning to do an American quadrille and a sword dance….”

“Purpose: …to encourage the preservation of all folk material – songs, games, and dances – as well as to have a good time. …”

[011b 1941 Mountain Folk Festival] The “‘OPEN EVENING’ PROGRAM” lists folk dances and songs performed at the Seabury Gymnasium on April 19, 1941.

[011c 1941 Berea] List of “SOURCES” for each of the folk dances and folk songs. “GENERAL PLAN” is the agenda for the opening evening and the first and second day. 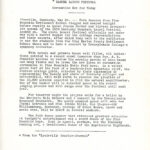 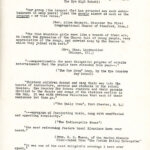 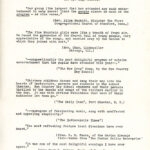 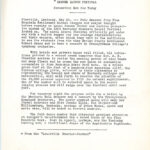 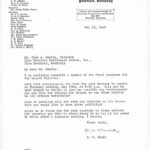 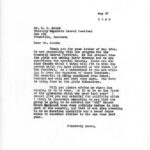 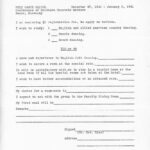 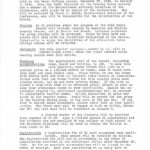 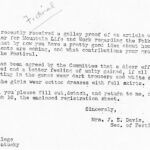 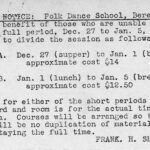 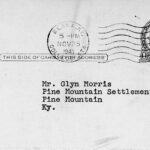 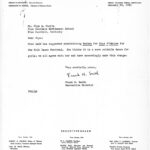 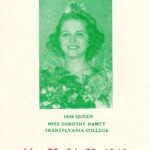 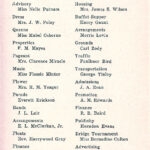 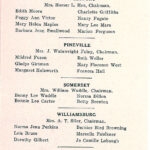 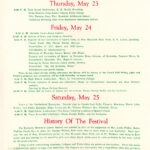 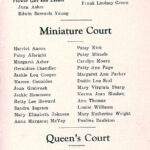 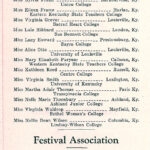 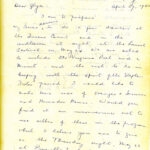 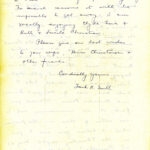 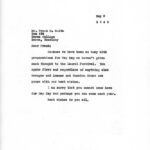 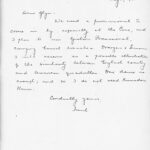 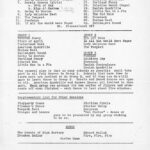 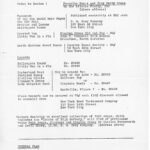 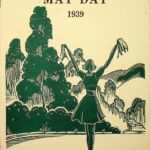