In 1937 as Alice Cobb prepared to leave Pine Mountain she considered several options before making her decision to depart. One of those considerations was whether to pursue the supervision of the Pine Mountain Settlement School satellite settlement called Line Fork and located at Gilley, Kentucky, in Letcher County. The isolated location offered medical and educational opportunities to the many remotely located families in the area. Alice had a long and successful relationship with the community service projects that originated at the central Pine Mountain campus and was eager to spread her wings. Her lack of medical experience was, however, a major impediment in assuming the Line Fork supervision, as was her own ambivalence.

This account comes back to some of the issues that she tried bravely to sort through in 1937, and clearly shows her focus on the religious possibilities she considered of a posting for her to Line Fork. 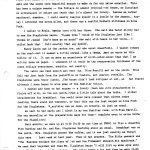 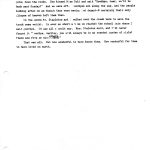 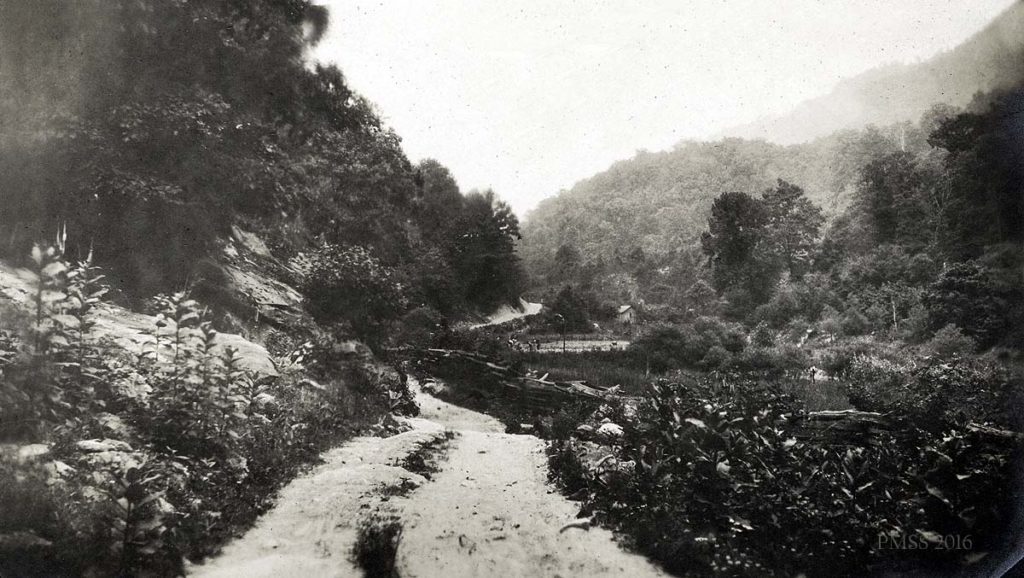 I started out rather wearily and not quite certain of the wearing power of my right foot since it’s been giving a good deal of trouble. But it held up pretty well and the woods were beautiful enough to make up for any pains entailed. This has been a unique season — the foliage is almost tropical — so dense, so luxuriant, so extravagant in colors and depth that it’s almost too lovely. Leaves me rather smothered, somehow. I could easily imagine myself in a jungle by the Amazon. Anyway, I achieved the seven miles, and there was a restful Sabbath stillness on Line Fork.

I called to Neely, howing [hoeing] corn with her three. She said she hated mighty bad to see the Stapletons leave. “Seems like I think of Miz Stapleton just like I thinks of Jesus! She’s hope me so much!” she said with tears in her voice … I called back that I felt exactly that way myself.

Nancy Lewis was in the garden too, and she waved cheerfully. I passed others on the road — but it seemed a little unreal, like a dream, just as vague as this telling of it. It was no more an experience of sight-color-sound than what I am writing here on paper. I wondered if it could be the overpowering thickness of the green foliage everywhere, shutting out reality.

The Cabin was real enough and very gay. Miss [Josephine] Merrill met on the porch. Miss [Edith] Cold was just back from the post office on Swallow [horse], and wearing overalls. The Stapletons were their guests. The house didn’t look stripped at all, as had feared although I soon began to miss some of the familiar things.

I rested and then we had supper — a lovely green one with strawberries to finish off with, on the sun porch — then a little talk about the table. I picked strawberries for breakfast. One would never have guessed that eleven years dwelling there would end tomorrow, or that this was the last supper on Line Fork for the Stapletons. Everything was so calm, so orderly, so just as usual.

We went to bed early and I slept in my own familiar room, with Miss Merrill. She was marveling at the preparations made for them — complete even to extra bulbs for the flashlight! 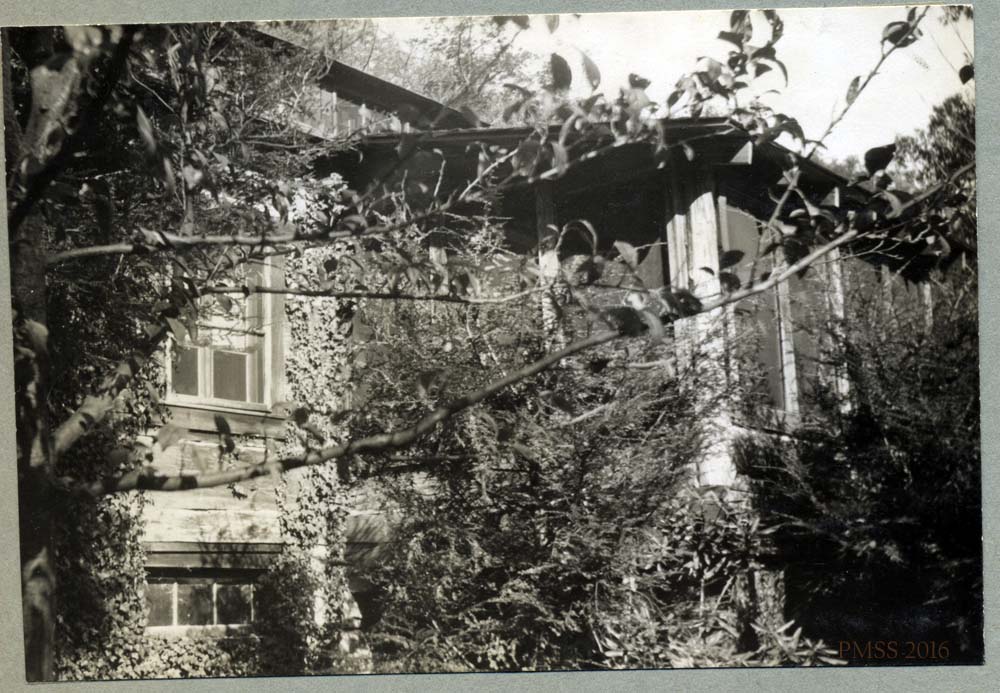 Next morning we were up at 5:30 (4:30 by our time at PMSS) to find a cheerful fire burning and Mr. and Mrs. Stapleton bustling about as usual. Breakfast was on the porch. Mrs. Stapleton poured the coffee, and it was just exactly as though this were last week or last year. Then we had prayers. The Bible passage was “The Heavens declare the glory of God and the firmament showeth His handiwork.” We read that together and then Mr. Stapleton began, “I will lift up mine eyes unto the hills,” but he said “mountains.” His voice broke a bit and then he went right on. My eyes began to fill up. That was all.

After breakfast, I picked more strawberries for their luncheon, and then it was time for Almon Cornett to come with his truck. Mrs. Stapleton magically had changed to her black dress. Mr. Stapleton had on his new hat, and we were going down the rocks. She kissed Miss Cold and said “Goodbye, dear, we’ll be back next Sunday!” And we were off. Goodbyes all along the way, and the people looking after us as though they were seeing God depart — or, certainly their only glimpse of heaven left them then.

In the woods, Mr. Stapleton and I walked over the creek beds to save the truck some weight. In ever so short a time we reached the school gate where I said goodbye. It was all I could say. Mrs. Stapleton said, and I’ll never forget it,”Goodbye, darling, you will always be in my rosebud garden of girls! There are five or six other!”

That was all. But how wonderful to have known them. How wonderful for them to have lived on earth.