Edith Reynolds Roberts was a teacher of second and third grade students at Pine Mountain Settlement School from September 1950 until May 1953. She was married to Dr. Leonard Ward Roberts who taught English in seventh and eighth grades at the School during that time.

At the time of Edith Roberts’ death at age 94 on May 17, 2010, she was a retired school teacher in Pike County, teaching last at Jackson Rowe Elementary School. She had been a member of the Pikeville First Presbyterian Church, Women’s Circle at the Church, and the Kentucky Retired Teachers Association. She was buried in the Davidson Memorial Gardens at Ivel, KY. In lieu of flowers, the family had requested that contributions be made to Pine Mountain Settlement School. 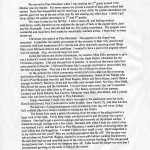 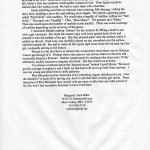